Spirit & How You Wear It

Like a lot of folks, I recently watched the Penn State University football team defeat Michigan on a Saturday night. It was a blowout. But that wasn’t the most striking thing. It was the spirit wear.

The 110,000+ fans – a record—packed into the stadium cheering them on was impressive. But further still, most of these fans were participating in the evening’s “White Out” event. This means they were wearing white spirit wear consisting of shirts, jerseys, hats, pants, helmets, coats…you name it. Heck in more than a few cases students were slathered head to toe in white clown makeup. It was, at 110K strong, a visually dominating thing to bear witness to. It looked incredible on a clear, Saturday night on my 52 inch HDTV. 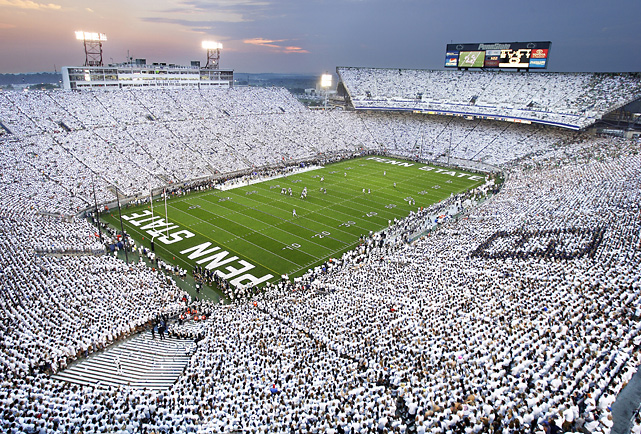 I’m not a big Penn State fan. Nor Michigan for that matter. But it was a big game on national television on a Saturday night. And, man, the “White Out” delivered. Both visually (stunning) and in the spirit wear department. (Penn State won 42-13…Ouch!)

Now I don’t think the Nittany Lions would have won unless they were a better team. But when they jumped out to an early lead, at home, in front of 110K+ screaming fans (many college students themselves) ….I gotta figure, you gotta figure that the “sea of white” support surely help send the Wolverines of Michigan packing. Heck, they looked like half of them had mentally boarded the bus by the start of the third quarter!

Many teams take part in some attempt of sporting spirit wear intimidation (tonight’s game is a [INSERT COLOR] out ). But I gotta figure that there are far more opportunities for teams to pack a bigger punch on the local sports level, either high school or community based.

For Penn State, the actual results, since 2004 when it started are decidedly mixed. But it’s fun as all get out and…did I mention how cool it looks? Just look at that contrast. 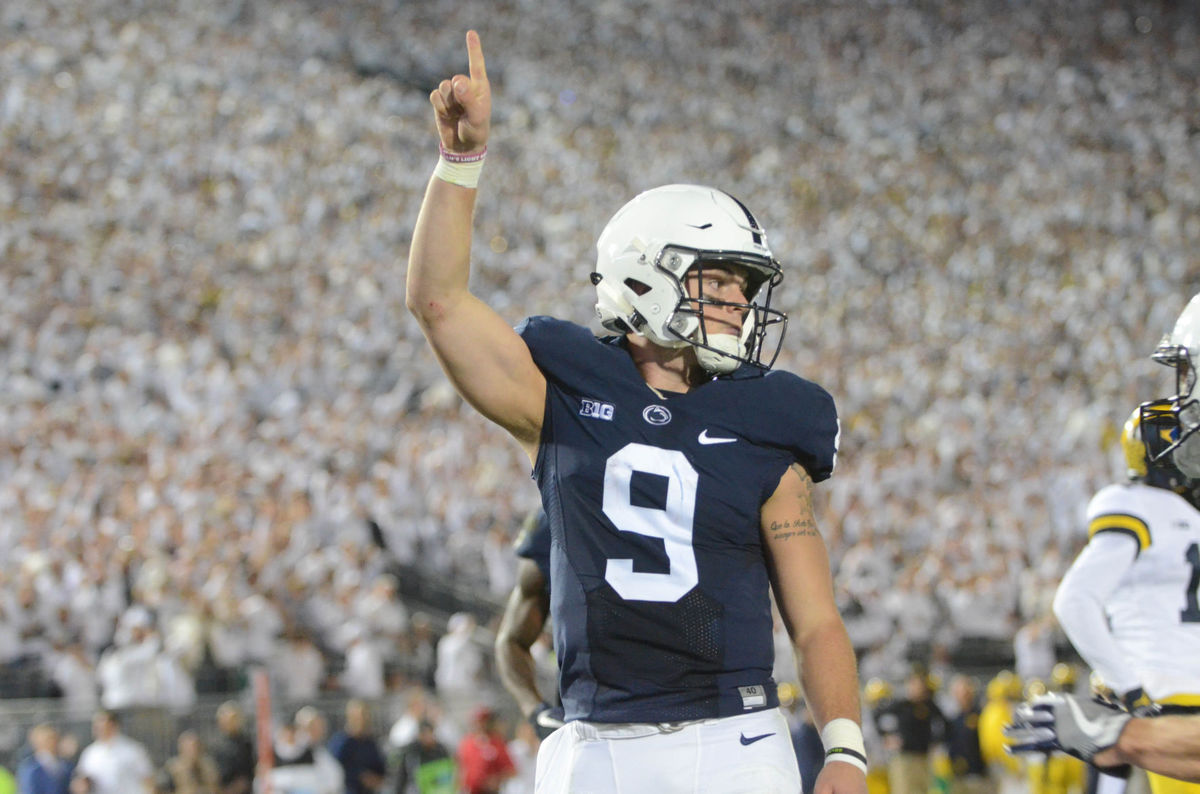 Has your team done anything powerfully effective with their spirit wear?