I had to laugh when the LA Lakers announced that they are gonna retire not just Kobe Bryant’s player number (24), which he wore from 2007 to his retirement; BUT also his other player number (8), that he wore circa 1996-2006. That’s TWO player numbers! 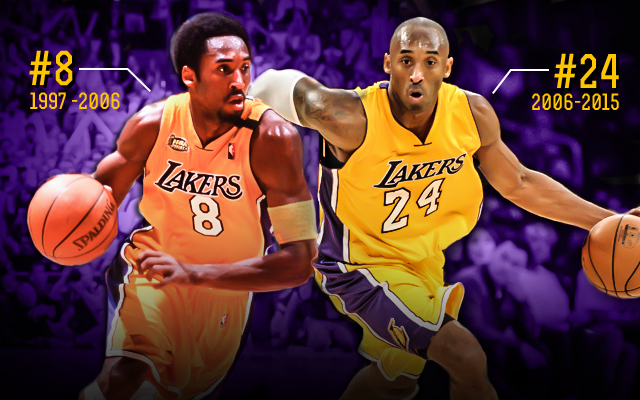 Hey, maybe the Lakers would’ve retired Kobe’s high school jersey number (33) if some guy named Kareem Abdul-Jabbar hadn’t already have had the audacity to steal that honor way back when. (I hear he was an okay player.) Only 9 Lakers’ player numbers have been retired. So Kobe’s player numbers will be, like the 10th & 11th.

Which to us –at Team Sports Planet– is really kinda crazy.

True, we are in the business of caring about and dealing with—intensely– player numbers, so maybe we aren’t exactly the most unbiased judges in this scenario. And we’re pretty sure the equipment managers of the world our in our camp in this battle. But a whole lotta folks seem to be applauding the “double dipping”. ESPN, FOX Sports, etc. We don’t understand the near universal acceptance of this heresy.

We should put on the table, to be fair, the whole Kobe/Philly bad blood that was a big old bone of contention throughout his entire Laker career (20 years). As a Philly company, we are very comfortable with the stated fact that Kobe grew up in ITALY! (as he always makes the point of mentioning). He seems to forget his 4 years of HS and his being BORN in Philly and all. For cripes sake, his father played for the 76ers! 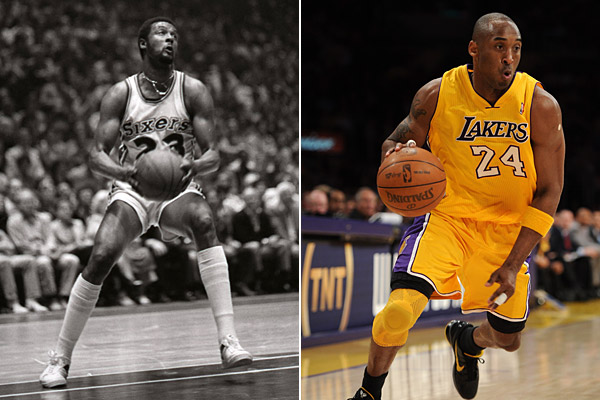 But, no, Kobe grew up in Italy…as he ALWAYS stresses. And that…is so-o-o-o Kobe. For our money, the best NBA player since that guy that wore #23. (Jordan was the name I think).

And the Lakers deciding to retire 2 player numbers for this one guy…It’s crazy, but at the same time…it’s

What do you all think?

(Like it or not, Philly is undoubtedly a major part of Kobe’s story.)