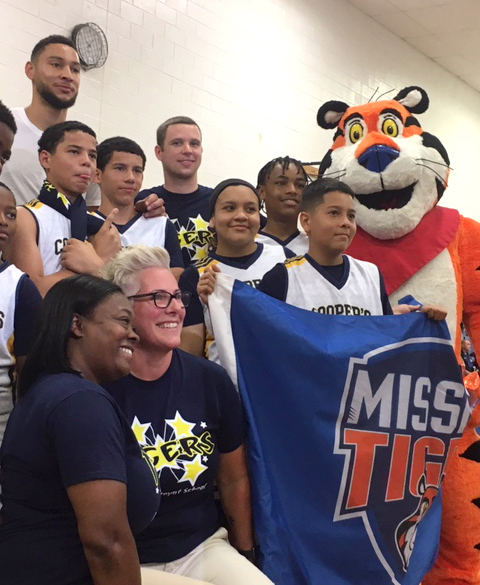 What is Mission Tiger?

Kellogg’s Frosted Flakes believes every child should have the opportunity to play sports like a tiger. With middle schools across the United States having to cut funding for athletic programs, they wonder as not only marketers, but as parents, where are children going to learn teamwork, perseverance and decision making in real world scenarios? Kellogg’s along with none other than their cartoon mascot, Tony the Tiger, are dedicated to being a part of the solution to expand middle schoolers access to team sports. That’s how Mission Tiger came about.

When NBA Star Ben Simmons received the call from Tony to come join his team, he did so because he believes in Mission Tiger and wants to help spread the word. “The opportunity to be exposed to multiple sports at a young age not only solidified my passion for the game of basketball, but it also instilled the drive to work hard and compete.”

Together, Tony and Simmons have committed to a $1 million donation to the mission’s partner, DonorsChoose.org – a non-profit organization that allows donations to be made directly to middle school sports programs where a coach, principal or administrator has identified a critical need for funding.

Not too far from the Philadelphia 76er’s Training Facility was Tony the Tiger and Ben Simmons’ very first stop as part of their mission. They weren’t there to practice, but to surprise unsuspected 7th and 8th graders at Cooper’s Poynt Family School in Camden, NJ.

At their morning assembly, which we were lucky to be a part of, the students learned that they were gifted new gym equipment including backboards, basketball hoops, benches and score boards. The boys and girls basketball teams were also provided with brand new custom sublimated basketball uniforms designed by us! The SuperStar Tigers had the opportunity to sport their new look and get out on the court to play ball with Ben Simmons. To see the look on the kids’ faces, knowing that adults (including an NBA Super Star!) care and support them is priceless! 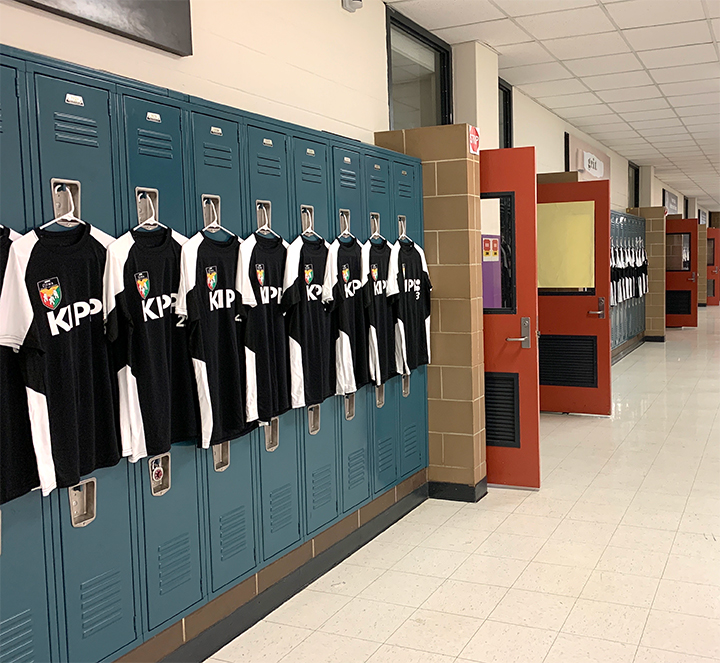 ‘Mission Tiger’, and former Ravens and NFL Hall of Famer Ed Reed Donate $200K To Revitalize Sports Facilities At Kipp Ujima Village Academy in Baltimore. Students were asked to put on their new TSP jerseys and head to the gym for a surprise.

How Can You Support Mission Tiger?

You can support the mission by eating like a tiger! For every box of Kellogg’s Frosted Flakes purchased, you can upload your receipt here and Kellogg’s will donate $1 to Mission Tiger. You also have the opportunity to be a donor. Click here to donate to Mission Tiger at DonorsChoose.org and we can help save middle school sports together. We’re GRRREAT!

About the Author: Natalie DeVicaris